"That's right," EIB Guide Host Brett Winterble said at the top of today's excursion into broadcast excellence, "Kamala Harris, vice president of these United States of America, is declaring her visit to Central America a success -- and we remember full well all the flak that President George Bush got for declaring 'mission accomplished' during the Iraq war." 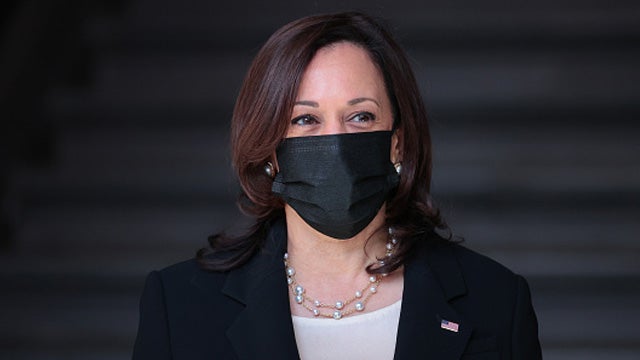 Harris ordered people in Latin America, "Do not come," but it fell on deaf ears. Axios reports that illegal border crossings for 2021 are already the highest in a decade, and the year's not even half over. The border patrol stopped 900,000 -- almost one million -- at the border.

Brett added, "What is happening here in this situation with the U.S. border is failure -- systemic, ultimate, total, and complete failure -- and it is a totally man-made disaster." At a minimum, a functioning government secures the borders, secures sovereignty. But the first order of Biden-Harris was to rescind the Trump executive order on enforcing the law. They put out the welcome sign to human traffickers, MS-13, drug smugglers, the whole world.

That's the root cause of this surge into our country, and yet Harris deflects blame. "If it is a priority to us to be concerned about what is happening at our border, then it must be a priority for us to understand why people leave." She talks about hurricanes and poverty and corruption, etc. But she's the root cause. You and Biden opened the border! Does this look like a win? She thinks so, saying, "Do I declare this trip a success? Yes, I do." 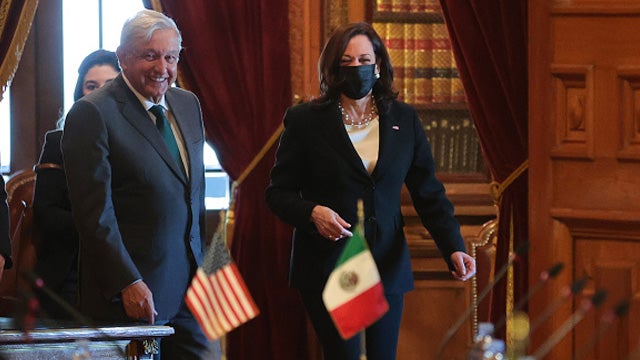 This is all more Democrat scapegoating, which we also heard from White House Spokeswoman Jen Psaki. When asked if Harris will ever go to the source of the problem, she said, "At some point she may go to the border," and then it was the old circle back to supposed root causes, shifting blame to the last administration -- the one that had secured the border.

"I will say we're not taking advice from former President Trump," Psaki said, "or most of the Republicans who are criticizing us on this given they were all sitting there while we created this problem we walked into both at the border and with the movement of migration that has been growing over the last year. So, we're not taking our guidance and advice from them, but if it is constructive and it moves the ball forward for her to visit the border, she certainly may do that."

Somebody who understands the absurdity of the situation Congresswoman Lauren Boebert (R-CO). She released a video highlighting that Vice President Kamala Harris hasn't visited the U.S. southern border since being tapped more than two months ago to fix the crisis. "Here's what's up at the border," Boebert, who pointedly brought along a cardboard cutout of the MIA vice president in her own visit, says in the video. "Illegal aliens crossing the border? That's up. Sex offenders crossing the border? That's up.

"Drug trafficking, gun smuggling, human struggling? That's up. Unaccompanied children being sent on this journey alone and even worse, given over to the cartel. That is is way, way up. So I brought Kamala down to see exactly what this regime is responsible for with their man-made crisis. Now, Kamala, I want you to stand here and look at what you've done."

The congresswoman showed off the cutout of the absentee vice president in the video, one Brett likened to Flat Stanley, who we could mail to the crisis spots along the Rio Grande. "Creating Cutout Cardboard Kamala," he said, "is really the only way that you're going to see her show up at the border." But they've declared success -- and for them it is a success, because they want the flood of future Democrat voters to continue.

About The Rush Limbaugh Show