RUSH: All right. We're gonna get straight into this here, the “send her back” business. We're gonna have wide-ranging set of comments about this. I want to start, grab audio sound bite number 9. This is David "Rodham" Gergen, who was on CNN last night, Anderson Cooper, and the question was: “I'm wondering, as someone who's worked in both Democratic and Republican administrations, what is it like to see the president on that stage tonight encouraging, or at least allowing the 'send her home' chant to grow?"

GERGEN: Listen, I think that this may work in a short term for Republicans, but if you look at the long term, it’s a much bleaker picture for the Republican Party. All the Millennials, they're going to be a massive force along with women, people of color in our new politics just five, ten, 15 years down the road. So I think the Republicans are in an active slow self-destruction in supporting the president as much as they do, because in the long term, this could be suicidal. 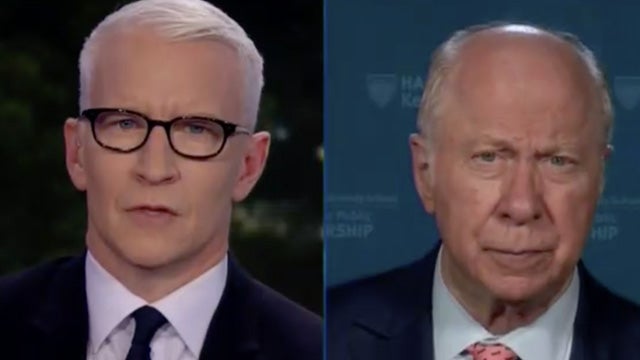 Why does none of the stuff that makes "send her back" pale in comparison, that pales in comparison to the actual activity, the assaults, the attacks, the damage done to businesses in Ferguson, Missouri, and Baltimore, why does the media never say, "Man, this is not good for the Democrats, that’s a suicidal move." Let me tell you something. This "send her back" chant last night, there's so much attached to this.

And let me just say at the outset, I don't want to send her back. I want her to stay here! And I don't want her to be silenced. I want Ilhan Omar to continue speaking, because it is working. Trump is winning this. I understand the "send her back" sentiment. I could give you, as I have just begun to do, a series of explanations.

Do you think Trump supporters, Republicans all over this country are not fed up with millions of things, just a couple of which I just gave the examples of? Republicans are constantly told that if they react or say this or do that, it's gonna be damaging. The Democrats and the media have these rules that we're supposed to abide by, which basically force us to shut up.

They force us to not react. They force us to not oppose them. They can do anything they want. They set the rules, and it's justified. When they run around and attack Republicans, when they impugn Trump. Look at what Trump's had to put up with for two and a half years ongoing. A silent coup, being called a traitor, said to have stolen the election. These things add up. It's been a two and a half to three-year now solid assault on Donald Trump and his voters. And these assaults are coming from people who have made it clear they don't like this country.

It's very hard to sand aside and stand mute when you see the media supporting and amplifying and applauding this anti-American behavior over and over for years and years. Then we find out who Ilhan Omar is and what she believes in. It makes perfect sense that the American people -- and I think a majority -- would not want this woman to succeed.

They could go get a bakery to bake a cake anywhere they want, a friendly bakery. They could go get a photographer to take pictures of the wedding reception, but they target people they know are going to refuse, then they lawsuit them, then they go out and get to the media and they start wreaking hell on these people. And this goes on in silence. 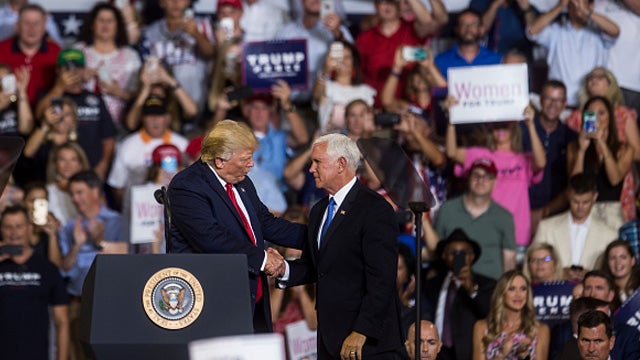 We know that they are targeting us. We know that they are taking political action against us. This stuff gets stored, there is no outlet for it, and then Trump's rally happens last night, mentions Omar in context with everything that's been happening here. It's clear as a bell that Omar has got big problems with this country as founded. So do the rest of the members of The Squad. And let's not forget the tie-in to illegal immigration, which I think also has a relationship to "send her back."

I don't think "send her back" is about one person or about one thing. I think it's a culmination of many things resulting from a boiling over frustration. It is an overall expression of anger about the lack of enforcement of the morality and of the law and of the rules that preserve this country as founded.

"Lock her up," Hillary Clinton. She commits violations of the law, for crying out loud! She is exonerated, she gets away from them. People are fed up with this. They're fed up with the two-tier justice system. She can do an illegal server. She can traffic in classified documents. She can have a pay-for-play, phony foundation where she's accepting essentially bribes from foreign actors on the come, assuming she's gonna be president. And the FBI and James Comey exonerate her after having a meeting with her husband on an airplane on a tarmac in Phoenix! 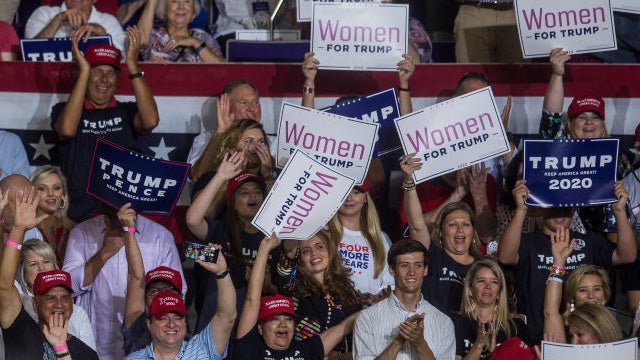 You think people are not fed up over all of this? And it's just one thing after another that adds up! And it keeps adding up. And then you add to the fact that there's no Republican stand up opposition to any of this! No! We get the Never Trumpers and the resigned members of the House blaming Trump supporters for this stuff! Blaming Trump supporters for lack of civility while it's Sarah Huckabee Sanders being forcibly kicked out of a restaurant or any other number of Republicans.

We're supposedly engaging in incivility? We're minding our own business, we're going about our lives, we end up being targeted. They try to ruin some of us. They try to damage some of us. They do anything they can, including taking physical action against us, and we're supposed to sit there and be well-mannered. That will triumph in the long haul with the American people who will understand that we're the ones who are civil.

I think we're so past that as an effective weapon. But this such a two-way street, and it has been an unfair, imbalanced two-way street for years. Obama can get away with totally ruining the American health care system and then lie to people about it, and there's not one bit of criticism. You can't criticize Barack Obama because he's African-American. Any criticism of the president of the United States is racist. Now we've got a new president, and he's the racist! And he's the bigot! 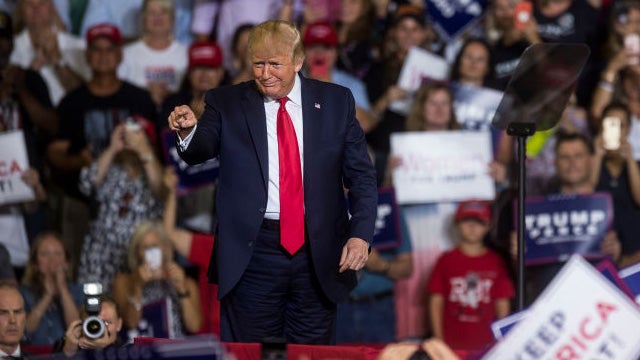 The Democrat candidates for president raise their hands proudly and say, "You damn right!  Illegal aliens are going to get free health care," and then they hear those same people say, "Middle-class Americans are gonna get tax increase to pay for it!"  We're just supposed to sit here and smile and say, "Well, this is the new America," and then you realize these people have no representation for their point of view outside of Donald Trump and maybe some people on the radio.  That's it!  They don't have anybody in elective politics running interference for 'em.

So when they show up at a Trump rally, it's an opportunity to be heard.  It's something... How many times have you heard people call here and say, "What can I do besides vote?  Voting isn't enough.  What can I do?"  This is what they're doing.  They don't really mean "send her back."  This is just a reaction.  This is just the way they can communicate with the media, taunt the left, taunt the media.  It's not about race, not about Somalia.  It's about the ongoing disparity, unfairness, two sets of rules -- the unpunished, uncommented-upon attack on the founding of this country. Which, as far as the media and the Democrats are concerned, is perfectly fine.

We can call the founders of this country slaveowners.  We can say that the author of the Declaration of Independence is a slave-owning, worthless nobody -- and we can ignore what he wrote because he's a racist, slave-owning pig.  You think this kind of stuff is just gonna be uncommented on, that people aren't gonna take notice of it?  And when their elected officials don't push back against it, it's left to them to do so.  So when the opportunities arise, they do.  It's not just illegal immigration.  It's the fact that the ones coming here illegally are not even trying to become Americans.  They're not even trying to assimilate.

You think maybe it is and they just don't want to recognize it?

The American people are not supportive of this kind of stuff.

The American people are not gonna sit here and happily support the demise of their country. 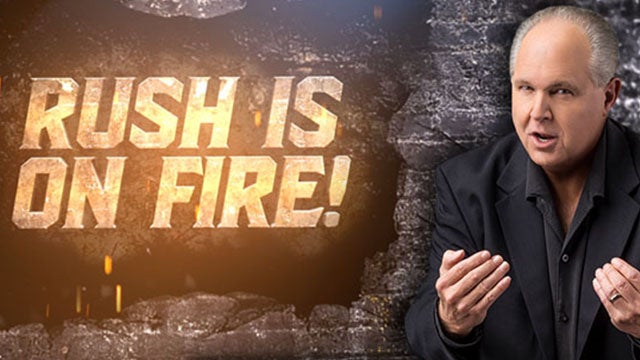 RUSH:  What do you expect is gonna happen when Democrats in three states do the equivalent of a standing ovation after passing a law saying you can murder a baby after it has been born if it survives an abortion? What in the hell do people think is gonna happen?  Oh, we're gonna applaud this?  We're gonna join the standing ovation?  And these things just keep on coming.  We've had to put up with Reverend Wright and his "G-D America!" and all this. "America's chickens have come home to roost."

And he's exactly right.  We had a call yesterday, "Rush, where did this party go madcap left like this, these Millennials?"  They've always been.  This has always been who they are.  They've just been wearing masks and wearing camouflage.